Manitoba is known for its northern polar bear population and unique places such as the beautiful lakes,  wonderful wildlife and lively festivals. If you’re a weed enthusiast planning to see Manitoba’s waterways or to experience the Northern Lights from Churchill, it’s important to know the rules regarding how to buy weed online in Manitoba. In this article, we will discuss everything you need to know about weed in Manitoba.

Is cannabis legal in Manitoba?

Requirements for medical use

The legal age for consumption and possession of medical cannabis is 19 years and older with a limit of 30 grams of cannabis in Manitoba and zero limit for cannabis plants per household.

Where it is allowed vs not allowed

You are allowed to smoke medical cannabis outdoors except within eight meters of a building the public can access such as restaurants, outdoor entertainment venues, water parks, playgrounds, beaches,  institutions and facilities. This means that those with cannabis prescriptions are allowed to smoke outdoors that are eight meters away from a building in comparison to recreational users who are prohibited from smoking outdoors completely.

What documentation is needed

In order to obtain a prescription for medicinal cannabis you must organize an appointment with a doctor so they can assess your condition and see what treatment is suitable for you. For example, a medical facility such as Delta 9 offers consultation for medical cannabis and compassionate pricing to help subsidize the cost of medical cannabis in Manitoba. Delta 9 was actually one of the first producers to receive a medical cannabis license in Canada. Getting started is so easy with these 3 steps:

Book an appointment with your doctor or a nurse practitioner to discuss your medical condition and  see whether medical cannabis is right for you.

Ask your doctor or nurse to complete a medical document from Delta 9 which acts as your prescription and will include the daily dose that lasts up to one year.

Complete the registration form from Delta 9 and mail the original copy to finalize the process of your medical cannabis, you will then be contacted once it is verified.

Requirements for recreational use

The legal age for non-medical cannabis in Manitoba is 19 years of age. The possession limits stay the same which is 30 grams of cannabis in public, 30 grams for sharing with other adults and 4 cannabis plants per household.

Where it is allowed vs not allowed

What products are allowed vs not allowed

You can find edibles, extracts and topicals from licensed private retailers in Manitoba for example, Tokyo  Smoke, Tweed and Delta9 have experienced a high demand for their edibles as most of their products sell quickly once it lands in their stores. Tokyo Smoke, Tweed and Delta9 also offer chocolates that are weed-infused with different strengths, but nothing that exceeds 10mg of THC. An important piece of advice when it comes to edibles is to start with a small portion and wait to see the kind of effects it gives before consuming more.

Winnipeg is a popular spot for cannabis lovers because a lot of stores are situated here and most of the well-known weed strains originate from Manitoba just like the Manitoba Poison. A number of leading Canadian cannabis farmers and strain breeders are also based in Manitoba which means you can find the best quality products in Manitoba.

Requirements for purchasing in Manitoba

You are allowed to buy up to 30 grams of dried recreational or medicinal cannabis in Manitoba. Just like any  other province in Canada, one gram of dried cannabis is equivalent to it is:

How to buy weed online in Manitoba

Before buying weed in Manitoba, be aware that the Liquor, Gaming and Cannabis Authority regulates cannabis purchases because you wouldn’t want to receive a fine. First all of you must be 19 years of age in order for you to buy weed in privately-owned stores as well as buying online in Manitoba. An example of some reliable online stores are Tweed and Garden Variety.

Tweed is the leading source for cannabis in Canada and have partners in the cannabis industry including experts and international growers. They provide free shipping across Canada and same-day delivery to those who live in Winnipeg which means anyone can get Tweed’s quality products. Another reliable online retailer in Manitoba is Garden Variety as they have four years of cannabis retail experience in Manitoba and is known for their great customer service and affordable products which can also be ordered online.

How much you should expect to pay

According to Global News, the current price per gram is $12 in four licensed stores in Manitoba. In 2019,  people in Manitoba have seen an increase in price in Manitoba with an average of $9.14 per gram. If you’re thinking of buying weed in Manitoba, expect prices to be higher than other provinces in Canada. However,  people with medical documents can enjoy a “compassionate quantity discount price” from medical cannabis producers such as Delta 9. The compassionate pricing program will help low-income patients and allow access to medical weed at a reasonable price. So if you’re someone with a low income but want to be able to afford medical cannabis, simply send proof of your financial situation to Delta 9.

Restrictions about cannabis and driving in Manitoba

In 2019, there was an increase in driving offenses related to cannabis in Manitoba where people received hefty fines and consequences. We know that Manitoba has firm rules when it comes to cannabis especially driving while under the influence of cannabis. The lists of penalties for driving high in Manitoba are:

Manitoba also has officers trained in Standard Field Sobriety Tests and Drug Recognition Evaluation so if you’re thinking of driving after smoking weed, think twice about it. It’s always safer to organize a way of getting by before you plan on getting high in Manitoba.

History of legalization and changes in laws over time

Although there were evidence that 1,640 acres of cannabis were grown in Manitoba since 1928, Manitoba currently has stricter rules regarding cannabis in comparison to other provinces in Canada. The Safe and  Responsible Retailing of Cannabis Act which states the plan for recreational cannabis consumption and sales was introduced in Manitoba on December 2017. When recreational cannabis was legalized in Canada,  Manitoba already had strict rules including setting the age limit to 19, prohibiting home-growing of cannabis,  restricting cannabis use in public and Liquor and Lotteries to provide all sources of cannabis to retailers.

Can I grow cannabis in Manitoba?

If you’re thinking of growing cannabis, I’m sorry to say but unfortunately, it is currently prohibited in Manitoba.  The government has placed restrictions on growing non-medical cannabis and has set the limit of cannabis planting to zero. It’s sad to say that you are unable to experience growing four cannabis plants like other provinces in Canada.

What strains are popular in Manitoba?

The popular cannabis strains in Manitoba are Blue Dream, Pink Kush, Gelato and Alien OG. Let’s go into detail about the four popular Manitoba strains to help you find your perfect strain.

Blue Dream is a sativa dominant strain that came from Blueberry and Haze, it has a berry scent and flavour that will melt in your mouth. Blue Dream can give you the feeling of motivation and focus which is suitable for daytime use.

Pink Kush is an indica dominant strain which many people think came from OG Kush. Pink Kush is known for its calming and euphoric effects which is suitable for nighttime use. It’s not just a popular strain in Manitoba but all over Canada.

Gelato is an indica dominant strain and has a sweet, fuity and citrus flavor. Gelato is known for its uplifting effects and strong energy that will keep you focused. Although it gives you that intense high, it’s also very relaxing and calming which is of course a perfect choice during the day.

Alien OG is an indica sativa strain and is in between Alien Kush and Tahoe OG. Alien OG has a lemon and pine aroma as well as flavor. It can give a happy high and encourages creativity. Alien OG is considered to be really intense and heavy due to both the sativa and indica effects.

Last but not the least, the great Manitoba Poison. Of course, we wanted to leave this last as this indica and sativa hybrid was created by the Great White North. The Manitoba Poison is purple and has a forest-like smell, it is perfect for both day and night as it provides an uplifting high while relaxing the body. It’s known to relieve stress and boost appetite which gives many benefits to those who use cannabis for medical reasons.

If you’ve always been planning to attend a cannabis event in Manitoba and be surrounded by Winnipeggers, here are some examples:

The HempFest Cannabis Expo is a two-day event where they feature different exhibitors, speakers and demonstrations that will engage any cannabis lover.

Tweed is known for organizing interesting events and this one is all about sharing cannabis-infused chocolates. This is perfect to those wanting to know how Tweed chocolates are made and the ingredients that make them delicious.

The webinar allows participants to be aware of all the government rules including federal, provincial and municipal. The objective of this event is to discuss anything related to the possession and use of cannabis which is perfect for those who are sales professionals and service brokers in the cannabis industry.   Congratulations, you finally have reached the end of this article. You learned a lot about cannabis in  Manitoba like the different requirements for medical and recreational use in Manitoba; how to buy weed online in Manitoba; not to drive while high in Manitoba; the legalization of cannabis in Manitoba; how to grow weed in  Manitoba. You can now start your cannabis journey in Manitoba.

How much cannabis can I possess in Manitoba?

You are allowed to possess up to 30 grams of cannabis if you are 19 years and older.

Where can I consume cannabis in Manitoba?

Can I transport cannabis in Manitoba?

You are not allowed to transport cannabis across Canada so it is recommended that you keep the cannabis you buy within Manitoba.

Can I grow my own cannabis in Manitoba?

No, you are not allowed to grow your own cannabis in Manitoba.

Where can I buy weed online in Manitoba?

You can buy weed in online Manitoba from government-licensed retailers to ensure that products are safe. 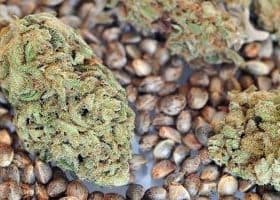 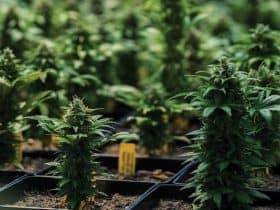 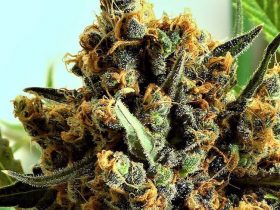 How to Buy Cannabis Seeds with PayPal