What GTA V Taught us About Weed Games 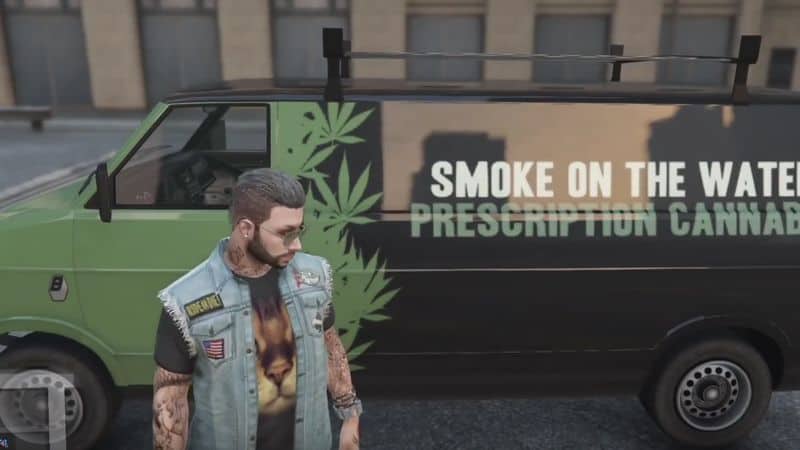 GTA V has a lot of lessons to teach, with the most important one involving locking your car. As part of a long-running series based on breaking the law, GTA has evolved into the most weed-friendly game on the market. Here are some of the lessons GTA V has taught the mass populace about weed.

It Was Legal In-game Before Real Life

When people were getting all bent out of shape about real life weed, the GTA V universe already allowed it. It’s hard to believe that a game that came out in 2013 had virtual drug laws that were more relaxed than real life ones. Well, there was a bit of give and take. In GTA, cops shoot you in the face for speeding. And that same joint you smoked in public would get the cops on your butt if you were on a mission and getting paid for it. But smoking in public or private and not getting paid? Get as high as you like. In real life the laws were slowly changing but still not where everyone wanted them. By the time cannabis laws really began to take off, the GTA V world already had years of experience with it. Heck, even in 2004 GTA had relaxed virtual laws. In San Andreas, CJ and company would smoke when they want, where they want. A Marijuana mod came out later for San Andreas that really captured the freedom of the world.

Drug Kingpins Have To Drive Their Own Vehicles

I don’t remember Vito Corleone driving around delivery vehicles when he was the Godfather. In GTA V, you are the worlds most expensive delivery . Even if you have billions in the bank, you are nothing more than a rich chauffeur. There is a valuable lesson here about staying close to your roots. Weed growers that start out small learn how the game works by getting their hands dirty. Even if you end up making millions, you never forget what it is like to be in the trenches. So, a horrible gameplay mechanic from GTA turns into a valuable life lesson for aspiring weed farmers. GTA V has also taught coworkers that they should expect crappy pay for doing the same work the boss is doing. That’s a little tongue in cheek of course, but if you’re in that situation then you understand the struggle. GTA V is notorious for capping the pay of hard working associates, even when they do 100% of the work. Maybe it is time for GTA to form a union in-game!

The Munchies Are Real

Anyone remember Cluckin’ Bell? Man, the menu from GTA San Andreas was one of the best things in existence. It had a mini simulator vibe to it when you consumed food in that game. But what made it great was the ability to go inside the restaurant and eat. That was all stripped away with GTA V, and the closest you get is a Cluckin’ Bell factory with some trucks. But with the drug usage upped in GTA V, what was a high person to do when they’re hungry? GTA V took the idea of munchies and just ran with it. Cluckin’ Bell food was replaced by alcohol, snacks, cigarettes, power bars and smoothies. And since there is no fat/muscle mechanic in GTA V, you can smoke weed and pig out like it is no big deal. It’s the perfect way to relax in-game while you relax in real life. Mods (as usual) have reintroduced restaurants with food, so if you are feeling a little high class then forego the snacks and get some real grub.

You Can Make A Lot Of Money With A Weed Farm

The weed farm in GTA caps out at about twenty-four thousand dollars an hour minus fees. It seems like a made-up number that was fictionalized for the sake of a video game. Now if you go by current real-world numbers, twenty-four thousand dollars an hour would be a lowball profit margin. The smart people of the world jumped in the weed game long before big businesses decided to make a profit. That led to a more established marketplace that sold cannabis based off of name, prices, marketing technology. It also meant a lot of the smaller fish in the game got to become the big boys before larger companies flooded the market. The Night Club update introduced popularity as a means to get more money, and it can be tied to a weed business. This is essentially a similar thing to the real world, but on a much smaller scale. As dumb as it seems that driving around a party bus with loud music will drive sales, that really is part of real-world marketing.

Many of the dumb controversies surrounding the release of GTA V involved the use of drugs. It was such a big issue that many states, politicians, countries wanted to shut the game down. Sound familiar? They, of course, ignored the parts of the game where you go to a strip club, get a prostitute, shoot people in the face, commit mass murder etc. But the most ridiculous thing of all was the big disclaimer about the use of drugs. Well, guess you have to give to get a little.

There were plenty of companies that came before Rockstar and popularized the use of drugs in video games. The Saints Row series from Volition comes to mind and was included with the first installment. Video games have been about the weed life long before the world realized it was a great way to chill out.

Weedium Follow We are all about hooking you up with the dankest buds, gear, and cannabis news. We hope you enjoy this article crafted especially for you by the Weedium Team.
« How Long Does it Take to Grow Weed
The Cannabis Lover’s Top 10 Cooking Tips for Edibles »