Presently, a lot of cannabis users want to understand if they can commute with cannabis in their possession. A simple answer is that it is not safe for travel in the United States. And if you find yourself traveling abroad, then leave the specimen in your home.

In the United States, the government considers it a ‘criminal offense’ to use marijuana. Regardless of the quantity, a first-time offender gets penalties that may range from half a year to a whole year in prison or a fine of about $1,000 and above. Sometimes, a combination of fines and a jail term is appropriate.

The penalty increases when you sell or cultivate marijuana on a basis of ‘second offense’. You should know that state governments can regulate the rules within the confines of their states. On the federal level, the situation is different. You may want to consider some federal laws when taking a stroll into federal territories such as national parks.

Traveling by air in the United States

Medical or recreational marijuana is not permitted in the air. In bold letters, the TSA security offers constantly remind perpetrators of the grave penalties incurred when caught with cannabis. The fliers read, ‘TSA security officers do not search for marijuana or other drugs’. Federal agencies are in charge of air travel in the country, including the   Federal Aviation Administration and the Department of Transportation. Thus, you are subject to federal laws as a traveler.

Generally, air passengers are always checked for security concerns. As long as the TSA makes you a suspect, you will be referred to an officer in the local state law enforcement. Within the confines of the airport, an offender can face prosecutions for the possession without the interference of the fed and according to the stated laws.

You should also check for the practices of an airport even if you plan to travel between states that legalize marijuana. There are different checking mechanism at different airports. Some security officers will toss your luggage like a log of wood while the others will go through your boarding pass to make sure you stay legal on both ends. Since the likelihood for restrictions may carry equal weight, you may want to take your medical marijuana pass with you – this is a document or letter from your consultant that shows the safe use of your stash.

Sometimes, legal marijuana may not be detected by agencies in similar cases. Nevertheless, the rule clearly states that marijuana is not permitted. In the case where you merit additional search, you may be charged for criminal activity by the state, county, or municipal law enforcement.

To avoid awkward ‘I don’t know’ situations, you should always check your luggage and pockets for safety. Most officers in the law enforcement will not buy your excuse. If you intend to travel with cannabis, confirm what the state laws of your destination say about marijuana. It is advisable to put a call through to the airport before embarking on your trip.

Traveling by road in the United States

The same rules apply to road trips. Before leaving the border, you must know your state and the laws binding on marijuana. Confirm in your trip if you are subject to prosecution if you traveled with marijuana in a state where the possession of marijuana is prohibited.

In the United States, the DUI/DWI laws apply in all 50 states. There are several intoxicating substances and marijuana is one of them. It is likely to impair your vision while driving. Depending on the amount of marijuana in your system, you may be charged for a ‘driving under the influence’ offense. Even though the amount required for prosecution is low, you have to know what you’re dealing with before you step on the gas.

Washington, DC is a part of the country that is a federal sovereign governed by the federal law. Others are reservations and national parks. No matter your reason or home state, you will be charged accordingly if you are caught with marijuana. – a controlled substance.

Hence, make sure you have a reliable attorney that will come to your rescue in the condition that you are cited for possessing marijuana. However, do not travel with a controlled substance except your life depends on it – in this case, you must carry a prescription. 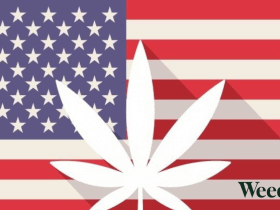