Buying weed is one thing, but what about traveling with it? The Pandora’s box that is flying with weed has a lot of false information associated with it. Getting the information wrong can either get your product taken or end up with you in jail. None of the circumstances in-between those two are much better, so it is a crappy situation all around. Learn all there is about flying with weed so that you don’t become a pain in everyone’s butt.

It is legal to fly with weed, but only if you travel within the country. So far, the rules are still going back and forth, but the safe amount is up to thirty grams at the max. Once again (please memorize this) flying with weed is only permitted to domestic destinations. If you try to fly out of Canada to Korea with thirty grams, then you won’t make it past the gate. In fact, it is so legal to fly with weed that you don’t have to hide it in weird places. Gone are the days where you stashed it in a book, a pack of cigarettes or even your special place. There is no need to violate your own body to transport weed…as long as you fly domestically. Air Canada is pretty straightforward about the entire process but has also made it a point to warn passengers about breaking laws from other countries. That means if you get caught trying to sneak weed out of Canada, you’re on your own.

Let’s focus on Canada for this section and only Canada. The problem with making a law around weed is that no matter how strict, it will still be open to interpretation.

“So, you say thirty grams per person? Can my kid carry another thirty?”

At some point in our history, that will be an actual question asked by an actual Canadian. Thirty grams is a generous amount for carrying weed. Don’t be stupid and try to turn an unwilling participant into a drug mule. The current law (as of this post) is thirty grams in a carry-on or checked bag. That means several things to the slower people in the human race;

Hiding weed before getting on a flight is the best way to have your legal weed taken away from you. Think about the logic a person would lack to have legal weed taken away from them on a flight where it was legal to fly with it. Flying with weed is legal, so don’t make it harder on everyone else by ignoring the laws in place. Air Canada will always be open about any changes in their weed laws, so keep an eye out if you haven’t flown in a while.

Are You A Tourist In Canada?

Locals will be more up to date with weed laws than visitors of the country. This causes a lot of problems since the laws from one country conflicts with Canada’s. This gets even more difficult if you are a tourist flying in from a weed-friendly city like L.A. and going to Canada. Some states in the U.S. allow you to legally carry weed onboard and take it to Canada. So of course, this can lead to confusion when you are on your way out of Canada but can’t take that same weed onboard. Yes, the divided laws are a huge pain for all. Ignorance of the law isn’t acceptable, so don’t be surprised if you are punished harsher than a local for breaking it. Canada’s lax weed laws for flying can eat away at your finances if you break them. When you’re in town as a tourist, breaking those laws can ruin your entire trip.

When you spend years hiding weed on your person, it can become a hard habit to break. Canada’s Transport Minister has been open and honest about what is allowed on Air Canada, WestJet, Flair Airlines and Swoop. That includes clear guidelines on how the airline is not responsible if you take weed out of the country. Even if it is just your luggage that is leaving the country, you are still responsible for it. Mistakenly packing weed in bags that cross state lines is an easy way to lose that bag, get fined and possibly serve some jail time. In a worst-case scenario, trying to bring weed outside of Canada can get you banned from the country of origin. Stick to the 30-gram limit when flying, and only when flying domestically with the airlines mentioned in this article.

Here Are The Rules That You Should Memorize 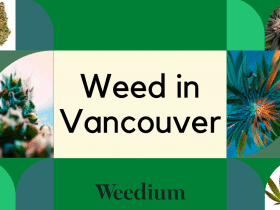 How to Buy Weed Online in Vancouver 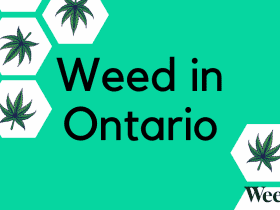 How to Buy Weed Online In Ontario 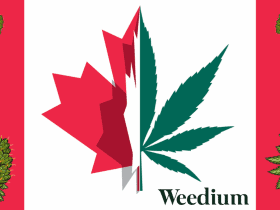 How to Buy Cannabis Seeds in Canada 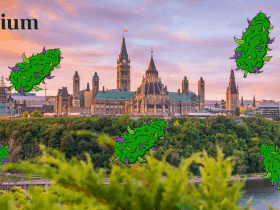 How to Buy Weed Online in Ottawa