The Biggest Problems Growing Weed and How to Fix Them 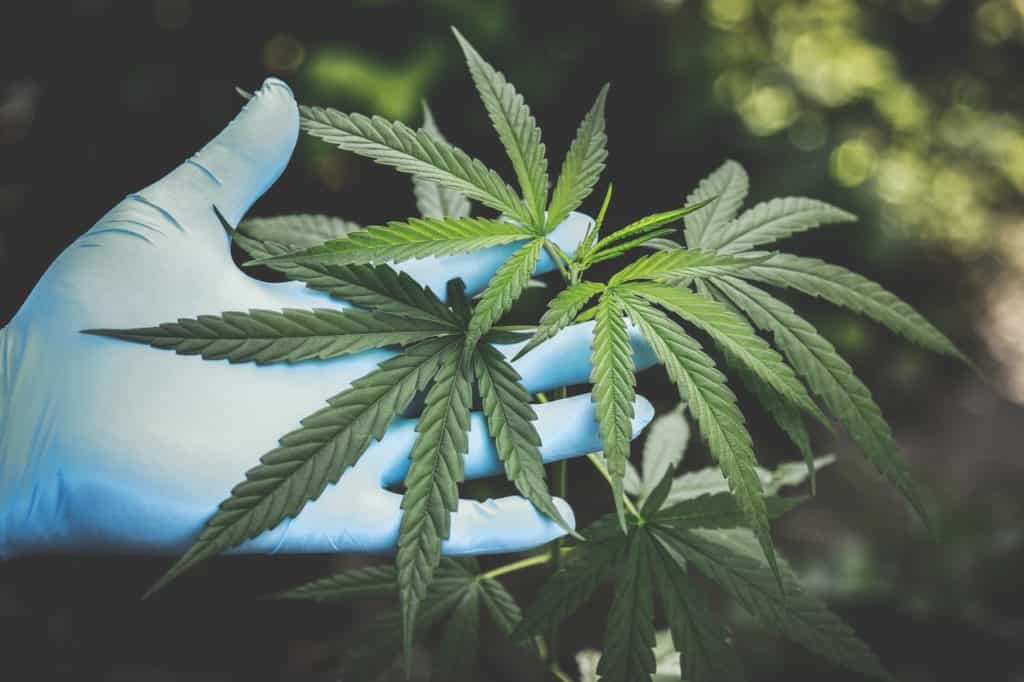 This is a newbie grower’s kryptonite and generally one of the biggest problems growing weed. Whether you’re a newbie or a professional grower alike, you can benefit from some more knowledge about overwatering and how it works.

Theoretically, there’s no such thing as overwatering. Cannabis plants can’t get too much water – this is proven in hydroponic cannabis systems which permanently keep the roots submerged in water. So, if cannabis plants can grow in water, why are my plants growing so slowly (especially in the seedling stage)? The answer is simple – you’re most likely suffocating your plants.

Even though cannabis plants can survive living in water, like most living things on this planet, they need oxygen to survive. “But plant’s give off oxygen…don’t they?” Yes, they do, but that’s taking place in the leaves. Cannabis, like other plants, takes in Carbon Dioxide and releases Oxygen; but the plants are also taking up oxygen and this takes place through their roots. Plant roots need oxygen and overwatering is a very easy way to remove all the oxygen in your grow medium. Oxygen dissolves in water, so by watering too much you aren’t killing your plants with too much water, you’re actually suffocating them because they can’t breathe. So how do we fix these problems growing weed – it’s simple, provide enough oxygen to the root zone.

If you’re wondering if your plants are overwatered, look at their leaves. The leaves will start to drop the longer the plant is starved of oxygen. You’re going to look for leaves that droop in the middle of the leaf and not at the base (by the stem). It looks like the tips of the leaves are too heavy and the leave starts to fold in the middle. This is the key difference between overwatering leaf droop and underwatering leaf droop (which we’ll discuss shortly).

How you provide more oxygen to the root zone and prevent ‘overwatering’ will depend on the growing medium that you are using:

One of the great properties of coco is that it holds on to a lot of oxygen – 30%. This means that no matter how much you water, your medium will always hold 30% oxygen. This is great for newbies because it makes overwatering very difficult, but not impossible. With coco, less is more and you want to start your plants off with smaller watering to help replace the oxygen in the medium without oversaturating it. You want to keep that 30% oxygen level as close to maximum at all times and this actually requires watering regularly. Growers generally water coco mediums every 1 – 3 days and some growers even use drip systems to water their coco every day. The only way to overwater your plants in coco is by watering large amounts that can’t dry out within 3 days. It generally takes about 3 days for a cannabis plant’s roots to absorb all the available oxygen in coco.

Despite being more complicated, hydroponic grows are actually the easiest ones when sorting out these problems growing weed. All you need to do to prevent overwatering is to add more oxygen to the water. This is usually done using an air stone or a waterfall technique. The water is oxygenated and then used on the plant, ensuring that the plant is always supplied with fresh oxygen throughout the day.

As mentioned, underwatering symptoms can be very similar to overwatering, so you’re going to need a trained eye. Underwatering is also seen by looking at the leaves. Leaves will start to droop and contract the longer they are underwatered. The key difference to look out for is where the leaves are starting to droop. If it’s in the middle of the leaf, we’re looking at overwatering, but if the drooping is happening from the stem, then you’re looking at underwatering. By keeping a small, yet regular, watering regiment you should be able to stay ahead of these problems growing weed.

Let’s take a break from grower-caused problems growing weed and look at some problems that can be very difficult to prevent and even more difficult to get rid of. Pests and molds are the easiest ways to destroy an entire harvest in weeks. Things can be going perfectly well one week only for you to come back to find your precious cargo has been polluted and if you don’t act fast you could risk losing everything – and this is a serious, serious problem.

If you’ve grown cannabis you’ve probably heard about spider mites and the destruction that they cause to a grow op. These tiny little devils can wreak absolute havoc to your buds and leave your harvest a web-covered mess. Don’t let their size fool you, if you let spider mites get out of hand they will ruin your entire grow op – trust me. The most important tip for spider mite problems growing weed is immediate detection.

The sooner you can detect a spider mite infestation, the better your chances of sorting out the problem. It’s not that spider mites are indestructible, but their small size and ability to repopulate at astounding speeds make them a tricky adversary. At the first tell-tale signs of small white dots forming on your leaves, you’ll want to check under the leaves. Spider mites live under the leaves and feed by making miniature holes through the leaf – leaving the small white dot which you see from the top. They are tiny little dots, either red or black in color, and can easily be seen moving using just your eye or a small magnifying glass if you have one.

At first sighting, you need to spring into action. If you’ve detected mites on your vegging plants, you’re lucky because you have more options. If you’re only detecting spider mites during flowering, you’re in for a long flowering period. During veg, it’s generally considered acceptable to use a pesticide. Whether you want to go with chemical or organic is entirely up to you, but either way, you need to make sure you do multiple sprays so that you get every last one. And remember, the eggs also need to be targeted, so find a pesticide that works for the adult, larvae, and egg stages.

These little black flies can be seen flying around the base of your plants, especially just after you’ve watered. Just because they’re a fly, doesn’t mean they’re not going to damage your plants – so look out for these problems growing weed. The flies themselves are not too harmful and in small amounts can almost entirely be ignored, but it’s when they start to overpopulate that gnats become a problem.

Gnats lay their eggs in wet topsoil, so growers that have overwatering problems generally have fungus gnat problems at the same time. These eggs hatch and the small gnat larvae feed off of the sensitive roots in this layer of soil – which is obviously not good for your plant. Enough gnats will leave your plant in ruins and the whole plant will start to look sick. In addition to harming your plant, fungus gnats are called that because they are a known carrier of many common forms of fungus – another great reason to keep them as far away as possible.

If you have these guys, you’re going to need to focus on the larvae with pesticides and the parents with fly traps. The fly traps work well for the parents and most pesticides are quite effective at killing the larvae so you shouldn’t be stuck with these problems growing weed for too long.

An honorable mention goes out to this elusive pest. Thrips aren’t as well known as the other problems growing weed, but don’t let that fool you. Thrips are tiny flies, even smaller than gnats, that visible look like a tiny grain of rice – but I really mean tiny. Your best bet spotting these guys is by looking for the bite marks that they leave on your leaves. It’s similar to mite marks, but they aren’t just a small pin sized hole, thrips keep moving around while eating and it can leave different pattern bite marks on your leaves. There are also tiny black dots if you look close enough – these are the thrip eggs. Get rid of thrips the same way you do mites, spray with a reliable pesticide that targets both adults and eggs to ensure maximum effectiveness.

We’re going to mention all the molds in one category, but don’t let these problems growing weed seem small. Molds are horrible, especially when they come out of nowhere and destroy your crop in days. Molds should be taken very seriously and if not contained can spread throughout your operation very easily because the spores move through the air far easier than pests.

There are three main mold problems growing weed: white powdery mildew (WPM), bud rot, and regular mold. WPM and bud rot are the most common, but you can get regular mold as well if the conditions aren’t great.  Once you have a mold, you can spray it with a fungicide, but they don’t always work that well. The main way to stop mold is by stopping it’s spread and the only way to do this is by fixing your climate control. Humidity, temperature, and low air movement are what molds live off so all you have to do is keep your humidity and temperatures in check and make sure you have enough air movement rustling those leaves. If you do this you shouldn’t have any problems with molds. Remember, there are always spores in the air so the only way to stop them is by preventing them from getting ahold.

Weedium Follow We are all about hooking you up with the dankest buds, gear, and cannabis news. We hope you enjoy this article crafted especially for you by the Weedium Team.
« Top 3 Canadian Stores to Buy Weed Online for 420
Cannabutter Recipe »

The Best Equipment to Use for Growing Indoor Weed