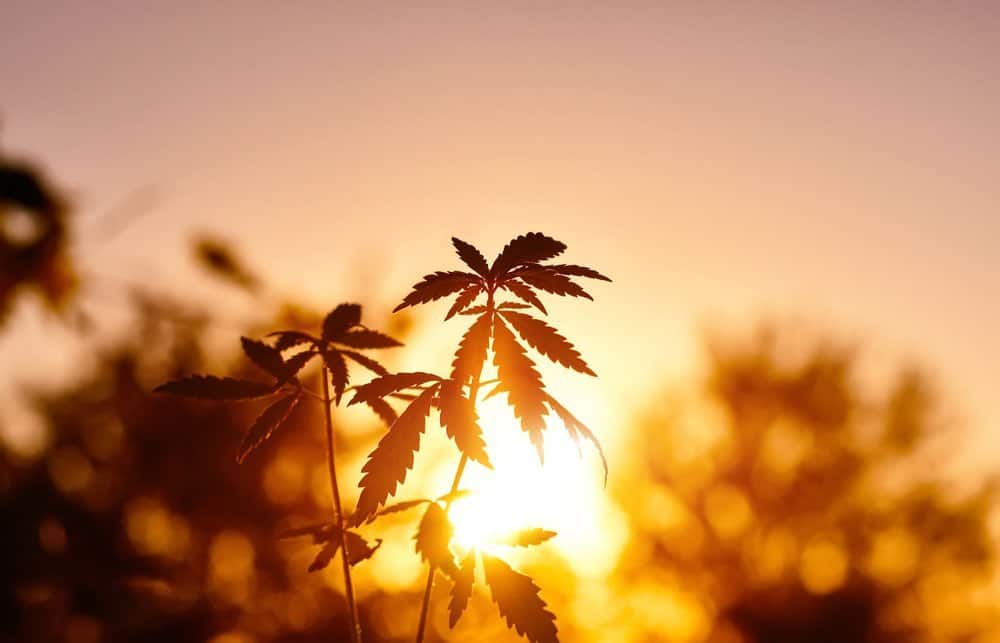 I’ve had severe, chronic migraines for nearly 20 years. It took me a while to come to the conclusion that cannabis for migraines was right for me. They started when I was around 14 years old. All of the tests were ran and I didn’t have any sort of tumors or seizure disorders that were causing them. But, I would be laid up in my dark, cold room for at least half the month, which meant that half of my life was spent in bed with an ice pack on my head. I got nausea and vomited so much that I had figured out if I did it for more than 48 hours, I had to go to the hospital to get IV fluids and prevent deadly dehydration.

So, naturally, the doctors prescribed me Imitrex. At first, it was in pill form, and pretty expensive. (At one point it was nearly $10 per pill.) Then they came out with a nasal spray and a quick-dissolve tablet (both of which also sucked.) I had some major concerns and complaints about the drug. For one thing, it can instantaneously give you a heart attack or stroke because they work by opening up every last blood vessel in your head at once, very rapidly. They also dope you up pretty bad, so I end up knocking out for at least 8-12 hours after taking it. They make me dizzy, and I experience vertigo pretty bad on it, as well. But the worst part? They made me nauseous as if I wasn’t sick enough already. So, I’ve never taken an Imitrex when I was home alone, or when someone wasn’t in the room with me to supervise. None of these side effects were present when I tried cannabis for migraines.

I’m not the only one.

Unfortunately, mine isn’t the only story like this. At least 37 million people in the U.S. suffer from migraines. Many of them, like me, are chronic migraine sufferers, which means that they have migraines 15 or more days a month. I think most people assume that a migraine is simply a bad headache. It isn’t. It’s blinding pain, usually on one side of the head (For instance, mine always feel as though I’ve been stabbed in the left eye with a hot fire poker.), sensitivity to light, sound, and smell, accompanied by nausea or vomiting. They can also become a serious medical emergency pretty quick. You can become dehydrated, become temporarily paralyzed or even die from a severe migraine, and they can last up to 72 hours.

25% of people who get migraines experience an “aura” before the migraine hits. This weird little symptom can royally f*ck with your senses. It’s kind of scary to be driving and notice that very suddenly, you’re experiencing vision changes in the form of halos or blurriness. Worse still, it can impair your speech, cause changes in hearing and numbness in the body. And that’s all before the migraine even gets into full swing!

No one really knows what causes migraines, but there are lots of theories. The one that has gained the most traction lately suggests that before a migraine occurs, our brains get overstimulated. Then the brain sort of over-corrects itself by sending out a strong electrical wave to slow it down. This is something that cannabis for migraines can really help with. The theory is that the slow-down is what causes migraines. Another theory is that sufferers have a sort of genetic abnormality that causes them to have abnormal cells in their brain stems. Other causes include blood vessel constriction and hormonal imbalance.

Because we don’t really know what causes them, treatment has thus far been little more than ineffective guesswork, which isn’t good because migraines are notoriously hard to treat. Doctors prescribe pain relievers, (like Tylenol), Triptans, (Imitrex and Frova), opioids and ergots. Yes, you read that right… ergot, as in the thing that gets on grains such as wheat and rye that causes people to trip out and hallucinate and may have contributed to the Witch Hysteria that caused the Salem Witch Trials. It’s not surprising that all of these drugs have side-effects and risks!

Recent studies have shown that cannabis for migraines can ease migraine symptoms and may even prevent them. A study performed in 2016 by the Skaggs School of Pharmacy and Pharmaceutical Sciences at the University of Colorado surveyed 121 patients with chronic and frequent migraines. They used cannabis daily. Most of them smoked or inhaled cannabis for migraines, and the study notes that edibles weren’t as effective. A whopping 85% of the patients said they had fewer migraines per month while smoking weed daily, and 40% said that they had at least 50% fewer migraines per month.

In 2017, a group of Italian researchers published a study in favor of using marijuana for migraines as a treatment in the Congress of the European Academy of Neurology. They studied 48 people who suffer from chronic migraines. The patients were given a combination of CBD and THC in various doses until something got results. The winning dose was a 200mg oral solution, which is pretty strong even by my standards. The result was a reduction in migraine pain of up to 55%. Additionally, the patients had 40% fewer migraines per month, and when they did get one, they said it was 43% less intense.

The Science Behind Cannabis for Migraines

So, why does it work? Well, the Vice President of the American Academy of Cannabinoid Medicine, David Bearman, M.D. says that pot treats migraines by slowing down the overly active and rapidly firing neurological signals in our brains, which provides migraine sufferers with some relief. This seems to be echoed in research, as well, as lab experiments been performed and conclude that THC in cannabis for migraines effectively reduces the electrical depression that is thought to cause migraines. There’s also the endo/phyto cannabinoid relationship that is renowned for providing pain relief. We have an entire endocannabinoid system that allows us to process and make cannabinoids. When we introduce phytocannabinoids (“phyto” means plant) to the system, they bind to the receptors in the endocannabinoid system, particularly CB1 and CB2 receptors. CB1 and CB2 receptors help, along with phytocannabinoids, to regulate bodily functions, such as appetite, mood, digestion, and pain.

This is really nothing new. Cannabis for migraines has been used to treat headaches for centuries. There are manuscripts dating back to 2 B.C.E. from Mesopotamia that talk about using cannabis to “bind the temples”. It was also used by physicians in ancient Greece to treat headaches. And, doctors used it during the Middle Ages in Europe, too. And, in around 1914, Sir William Osler, who is considered the father of modern medicine, advocated the use of cannabis for migraines as a treatment and headaches in general.

What IS new is the idea of Clinical Endocannabinoid Deficiency or CECD. It’s a disorder that is being more thoroughly researched lately and is believed to be one cause of migraines. People with CECD don’t have or make enough cannabinoids in their endocannabinoid system, which causes just a slew of problems, one of which is migraines. Interestingly, spinal taps on migraines sufferers have revealed that they had low levels of the endocannabinoid anandamide. It’s responsible for cognition, learning, sleep, mood, memory, relieving pain and nausea and more. Research is ongoing for the CECD/migraine connection theory, but it’s very likely that in this instance, weed would definitely help these patients and anyone else who gets migraines.

If you’re a migraine sufferer, chances are that you know what the symptoms of an impending migraine feel like. It isn’t always so sudden that you can’t medicate. In these instances, I would recommend smoking a joint or using a vape before the worst of the migraine attack hits. An indica/sativa blend will work best, but if you have problems with the “head high” that sativa can produce, find a blend that’s heavier on the sativa. (I personally like OG Kush and Grand Daddy Purp.) But even if you’re right smack in the middle of the hell that is a migraine, smoking a joint will drastically reduce the pain and nausea and have you feeling well enough to get out of bed. It’s a lot better than any pharmaceutical on the market that’s being used to treat migraines. So, move over, Imitrex! Cannabis for migraines is the new preferred migraine treatment for thousands of people!

Weedium Follow We are all about hooking you up with the dankest buds, gear, and cannabis news. We hope you enjoy this article crafted especially for you by the Weedium Team.
« The Ultimate Travel Guide for USA Cannabis Tourism
The Best Weed Restaurants Worldwide »

Cannabis for PMS: Cramps and Chronic