*DISCLAIMER* For the purposes of this article, when I use the terms “female” or “women”, I’m referring entirely to those who are biologically female. It’s entirely possible to be male in gender, but female in biology, which is what a trans person is. But, this is an article that covers the broad strokes, not the minutia, and some generalities are going to have to be made when discussing medical knowledge. It’s still limited, and I’m still learning, myself, so bear with me.

Pre-Menstual Syndrome, or PMS, is always a bad time. Not every woman experiences it, but most have, at least once. So, with a large chunk of the world’s population experiencing mood swings, migraines, insomnia, and a slew of other mental and physical symptoms once a month, one would think that the scientific community would have already completed a lot of research into using cannabis to treat PMS symptoms. But, there really isn’t a lot of research going into that area of study for some reason. What we can do, however, is compare the list of PMS symptoms that women experience to the vast list of ailments that cannabis can treat to see how effective it is as a treatment. And, we do have a lot of testimony from women that say that they feel a lot better after they eat a fat pot brownie than they do when they take some Midol.

Take the ‘Ouch!’ out of that Time of the Month

Of course, there are a lot of physical symptoms that one encounters with PMS, as well, such as cramping. A lot of people think of them as separate from the hormonal and mental PMS symptoms. But, the truth is, if you’re already in pain, can’t sleep and your emotions are going wild, you’re a lot more likely to have mood swings. If Bob from accounting is being particularly annoying while you’re both in pain and hormonal, you’re a lot more likely to snap and tell him where he can shove his stupid stapler. So, in order to properly treat PMS symptoms, you have to treat the pain, stabilize mood, stop the cramps, and a whole laundry list of other symptoms. And, if you go to a doctor to treat it, they’re likely going to prescribe you with a ton of medications, all of which have gnarly side-effects.

Ibuprofen is often prescribed initially for pain related to PMS. If that doesn’t work, they move on to prescribing hormone treatments, like birth control or IUDs. The problem with these medications is the laundry list of side-effects that they cause. (Google “birth control side-effects”.) While cannabis use has side-effects too, they’re far fewer, and they’re not counter-productive to treating the symptoms. For the first few weeks that I was on Ortho Tri Cyclen, I was nauseous and I had horrible migraines. That’s bad enough, but when you consider the fact that being nauseous and having migraines are pretty common symptoms of PMS, it seems odd to prescribe medication whose side-effects mirror the symptoms.

Some other Great uses for Cannabis

Marijuana can be used to treat migraines, insomnia, nausea, depression, and irritability and mood-swings. Not only that, it’s been used for centuries to treat women’s health disorders. For instance, Queen Elizabeth was prescribed weed for her cramps. What’s not really mentioned in historical medical texts about using cannabis to treat PMS symptoms is the fact that it treats more than just cramps. It’s not really surprising given the baffling and rampant sexism of the times. If you started having a lot of problems with PMS and sought out medical treatment, you could actually be sent off to an asylum for “hysteria”. And, you can just bet that there wasn’t any good weed in there.

Mood-swings are pretty common during PMS. Fluctuating hormones have a drastic effect on mood and emotions. The primary hormonal culprit during PMS and menstruation is estrogen. While there hasn’t been much research into cannabis being used specifically for PMS mood swings, there have been studies using it to treat mood swings associated with bi-polar disorder. Patients reported that they liked it better than lithium. That isn’t surprising, given the drug’s reputation for leaving patients in a zombie-like state. I’m not comparing PMS to bi-polar disorder, but since both involve intense mood-swings, it is worth noting that if it works as treatment for one, it will likely work well to treat the other. Weed can stabilize your mood without over-doing it and leaving you with no mood at all. And, the bi-polar patients who used it said that they still felt better after the high wore off. This means that it actually worked to stabilize mood, and not just deaden it temporarily while the high lasted.

Clear your Head, with Cannabis!

Migraines are also commonly associated with PMS and menstruation. 4 in 10 women experience migraines, and of those women, over half of them have them during or before menstruation. You’re 71% more likely to get a migraine during the two days leading up to menstruation. So, with those numbers, it’s easy to see that most women are going to end up with a migraine at some point with PMS. PMS migraines are the worst. Mine feel sort of like a tension migraine, except they’re really intense. The muscles in my body get so tense and knotted up that it produces a migraine. But, marijuana is a natural muscle-relaxer, and it’s been used to treat migraines for centuries. This makes it ideal to treat most cases of PMS, because it will treat all of the muscle cramps, including the menstrual cramps, mood-swings, and migraines, as well. It’s a very effective way to treat both physical and mental symptoms, and it’s a natural way to do it.

So, the next time “that time of the month” comes around, and you’re not feeling your best, maybe toss out the Midol and get some cannabis into you. There are over 150 symptoms of PMS, and cannabis can be used to treat them all- even disorders, such as endometriosis. And, you no longer have to choose between simply smoking or eating it. Now there are vaginal weed suppositories, and special weed-infused lotions and oils. So, you can now put it directly where it hurts, sit back and reap the benefits!

Weed is Safer & Better than Alcohol: Here’s Why

Head High vs. Body High: How to Choose Based on Your Ailments

The Powerful Potential of Cannabis for Treating Cancer 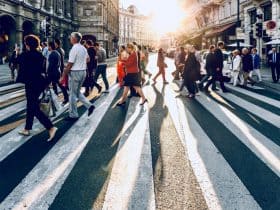 Weed has Allowed me to Overcome Social Anxiety