The days of cannabis culture hiding away in the background are long gone. Just a few years ago, the only people to speak openly about marijuana were rappers and reggae singers. Now the word cannabis is falling from the lips of politicians, doctors, investors, and entrepreneurs.

This climb from the black market to the stock market has been on the cards for years now. There is a well-established movement behind medical cannabis, and the creeping legalization of recreational marijuana has swept through Canada, much of the United States, and various other countries worldwide.

Cannabis is now a legitimate business in much of the world, and smokers are finally getting safe, reliable access to products that were formerly in the hands of street dealers and dodgy websites.  But dodgy websites still exist. Long time growers and smokers, and those coming to the world of cannabis for the first time are still apprehensive about ordering products from the internet.

Buying cannabis seeds online is no different. There are many options available, and the wide variety can be quite stifling. Which brands can you trust? Which websites offer the best services? Will your seeds be discreetly packaged?

Well, if you are asking these questions, you’re in the right place. Buckle up, as we are about to shed some light on the cannabis seed industry with a review of online cannabis seed supplier Rocket Seeds.

What other seeds banks are out there?

Here’s a pretty comprehensive list of the other popular seeds banks across the globe.

Canada is famous for many things; Mounties, maple syrup, and strange french accents, to name but a few. But recently, cannabis smokers and growers around the world will have been turning their attention to the country for another reason – their progressive laws around cannabis.

In 2001 Canada legalized the medicinal use of cannabis, and in 2018 it became legal to grow, possess, buy and consume cannabis for recreational purposes. In this time, the Canadian cannabis industry has become a world leader. Large scale Canadian cannabis cultivation companies are floated on US stock exchanges, and growers, breeders, and retailers of all sizes are a hot new start-up trend.

One such company is Vancouver based online seed retailer Rocket Seeds. Unlike many seed suppliers, Rocket Seeds does not breed or produce any seeds. Instead, Rocket Seeds has taken on the role of seed distributor. They have handpicked some of the top seed producers from around the world and put them together in one convenient place.

In this way, Rocket Seeds leaves the breeding down to the breeders and focuses on retail experience, customer service, and shipping. On paper, this approach makes total sense. Instead of going to one seed producers’ store and only being able to shop for and compare the seeds they produce, you can visit the Rocket Seeds website and compare seeds, strains, and prices from various breeders.

On top of this, Rocket Seeds have filled a gap in the market bugging online seed buyers for many years. Due to the differing legal status of marijuana worldwide, the country you live in and its specific laws can prohibit buying the seeds you want from the brand you have chosen.

For example, many brands of top seed producers in Europe will not ship outside of the EU. And the same is true of some of the leading producers in America and Canada. Rocket Seeds looks to be positioning itself to cure these distribution woes.

However, it does make the job of reviewing Rocket Seeds and the products they sell more tricky. To get a complete understanding of their services and seeds, looking at the individual brands they stock a little closer is essential (more on this later).

Very little can be found about the history of Rocket Seeds online. When the company started, and whom by is unknown. Their website is lacking an ‘about us’ section. When it comes to shopping online, retailers having anonymity can be a red flag.

This is not to say that Rocket Seeds have anything to hide. But an easy way to encourage online consumers to trust a business is by having some information on your brand history and the company’s founding goals and ethics. Even the face of the owner and a short bio can go a long way. It’s not the 90’s anymore, and marijuana in Canada is entirely legal. There is no reason to have anonymity in the cannabis sector in 2021.

Maybe this is just an area of oversight by Rocket Seeds. We reached out to Rocket Seeds to ask some questions about the company’s history, but they had sent no response at the time of writing this review.

As we’ve mentioned before, Rocket Seeds do not produce their own seeds or breed their own strains of marijuana. They are simply a stockist and distributor for various handpicked seed brands.

While their website states that their standards for selecting these breeders are high, it’s hard to qualify this statement without taking an individual look at the brands they sell. So that is precisely what we shall do.

Let’s look at these in more detail.

Crop Kings Seeds is a Canadian seed producer based in Vancouver. The company began selling seeds online in the early 2000s. After a few false starts related to the stuttering rollout of cannabis legislation, they officially opened their first bricks and mortar store in Alberta, Canada, in 2003.

This relatively long history in the world of (legal) cannabis sales makes them somewhat of a veteran when it comes to North American seed producers. They have an excellent reputation within the cannabis growers community as reliable producers of high-quality strains and reliable seeds.

A quick browse of their strains reveals that they have a somewhat limited selection compared to some other breeders, but do not be alarmed. This can actually be seen as a positive.

Crop King engineers each of their cannabis strains themselves and only sells strains that have high potency, excellent yield, and that are hardy, easy to grow plants. Rather than selling any and every strain they come across, Crop King works hard to bring you the best seeds possible.

On top of this rigorous quality control, Crop King has another jewel in their crown. Over 100 cannabis retail stores in their native Canada stock and sell Crop King brand seeds. This sets them apart from other online-only seed producers. This kind of reach in the physical retail space doesn’t happen by accident and is an indication that Crop King seeds are of the highest quality.

Beaver Seeds is another Canadian owned seed bank. Beaver Seeds was launched in 2009. Because they are quite a new brand and a little smaller than Crop King, there’s less to be said here. However, they have slowly been making a name for themselves and building up a reputation as a supplier of quality, reliable seeds.

Unlike other seed banks, Beaver seeds do not actually produce the seeds or strains themselves. They have taken a different direction – they buy seeds off established breeders, then brand, package, and ship them to their customers. This gives them a slight edge over the competition in that Beaver seeds buys seeds in bulk from breeders in order to retail them at cheaper rates than others.

But don’t take their lower price as a sign of low quality.All of their strains have customer feedback and reviews on their website, and the signs are that beaver seed strains are of high quality and consistently live up to their advertised attributes.

Blimburn is a Spanish breeder and distributor founded in 2002 by a merging of different seed producers and growers. They are based in Barcelona, a city with a rich history of anti-establishment movements, and is one of the top centers of cannabis cultures in Europe.

Blimburn is a traditional seed breeder, much like Crop king. All of their unique strains have been created by their seed breeders and originate from their own stock of genetics.

Blimburn initially focused their efforts on the Spanish speaking world, and have a strong reputation as a quality seed producer in South and Central America. In later years they have widened their reach to English-speaking countries and customers.

They do not sell their seeds or allow them to be repackaged by other brands, so when you buy Blimburn seeds, you know you are getting unique strains that are not available from any other distributor. They have a reputation for creating some of the most famous cannabis strains in Europe and introducing their own versions of famous American strains into the continent.

Much like Crop King, hundreds of physical retail stores in countless countries throughout Europe and South America stock Blimburn seeds. This is a sure-fire seal of approval that their seeds are amongst some of the best in the world. Blimburn is at the top of the game when it comes to strain breeding and seed quality.

Sonoma is another Canadian seed breeder that is based on the West Coast. Not much can be found about this company’s background and history, which suggests they are relatively new in the industry.

They are another brand that breeds their own strains rather than just packaging other people’s seeds. Their USP is that they produce all of their seeds and strains 100% organically. Sonoma uses no chemical additives, a claim that isn’t made by many breeders, and they are very proud of this fact. Whether or not producing seeds organically has that much effect on the plant that the seed grows into is up for debate, but it certainly cannot do any harm.

Sunwest Genetics is a breeder with over ten years of experience producing unique strains and its own variations of well known and loved strains. Sunwest pride itself on having a robust genetic pool, from which they craft potent and hardy strains of marijuana.

On top of a reputation of producing high quality and trusted seeds, they also have a strong company mission. Sunwest is dedicated to expanding and preserving the gene pool of cannabis for future use. In a world where corporate cannabis cultivation is on the rise, there are many fears that big companies will patent top strains, making them unavailable to the general public and casual, at-home growers. With this in mind, Sunwest’s mission to preserve the genetics of the most trusted and loved strains of marijuana is most admirable.

All in all, it seems that Rocket Seeds know what they’re doing when it comes to product selection. From the hundreds of breeders and stockists out there, they have picked some of the most reliable and trusted in the world.

Thought and research have definitely gone into their choices. The result is that Rocket Seeds have a broad and diverse variety of strains from top quality producers. You’re sure to find a strain that suits your climate, taste, and potency from their range of brands. 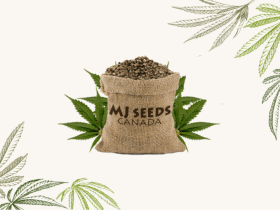