Pot is safer than alcohol. At least, the data we have to work with says so. Speaking statistically, of course, we cannot prove this theory. Speaking personally, I do know there is no one in recent history who has consumed solely weed and went on a murder spree. Trust me, the only thing killer about chronic is couch-locking, heavy-hitting, body-numbing Indica-dominant strains like OG Kush.

The only real threatening thing about a stoner is if you leave him/her unattended with your refrigerator. That’s also not a thing, but I am sure you get my point. The truth is, we don’t have an extensive history studying cannabis as we do with alcohol, so we can’t say for sure which one’s worse.

It’s unfair to group these substances together when it’s like comparing night to day. From a legal standpoint: alcohol wins. From a medical standpoint: Weed takes the cake. Long-term effects of alcohol cause life-threatening medical conditions like liver disease and cancer. While the study of cannabis for medically beneficial properties is in its infant stage, the results are quite promising.

Cannabinoids like CBD derived from cannabis are known to have astonishing therapeutic effects on our body. Anti-tumor, anti-fungal, analgesic, anti-inflammatory, and neuroprotectant abilities are only a few healing properties of cannabis cannabinoids.

Aside from smoking, which obviously isn’t healthy for your cardiovascular system, or eating too many sugary sweets and giving yourself type 2 diabetes, there is no real dangerous way of consuming cannabis. The method in which you choose to consume anything, not just weed, can negatively impact your body. Yes, even you “seaweed is a satisfying snack” Sally. And you! Put down the bag of doughnuts, Debbie. Moral? We all consume things that are not-so-great for our body that negatively impact our overall health and wellbeing.

As for alcohol, is there even one safe method of consumption? And even if there is, just how negative are the negative effects of alcohol on the body?

The Dangers of Alcohol

A study published in The Lancet medical journal in 2016 shows just how dangerous alcohol is on a global level. This study spanned 195 countries and territories across a 26-year period. Nearly 600 scientific studies were looked at during this review, and they found that the seventh leading risk factor for dying nationally is *drumroll please* alcohol.

Not surprising. Over 12% of all male deaths are attributable to consuming alcohol. Their findings showed there is really no amount of alcohol that is safe to consume. Depending on your gender, your age, and your alcohol usage, it will harm you in different ways.

The study showed that the people aged 15-49 significantly increased their risk of road injuries, self-harm, and tuberculosis by consuming alcohol, and also showed alcohol attributed to cancer found in people over 50 causing 18% of male deaths in 2016. A direct quote from the analysis:

“The level of alcohol consumption that minimized harm across health outcomes is zero standard drinks per week.”

I rest my case.

The Dangers of Weed

Remember Reefer Madness? No? That’s okay. It’s a propaganda film released in the mid-1930s where teenagers smoke weed, hallucinate, and turn into arapers (not rappers, rapers). It was decades ago in a time where young (predominantly white) American men were in need of a job, and thousands of Mexican immigrants came to the US because of political unrest at home.

Those that migrated brought weed with them. Soon enough, recreational use of the plant sprouted into the mainstream culture. Ironically, while all this is happening a fancy-pants man named Harry Anslinger created and passed the” Marihuana Tax Act”. I am sure you know the rest of the story.

My point being: the fear behind cannabis is mostly political-not factual.

Scientifically speaking, cannabis has many medically beneficial properties. Cannabinoids and terpenes derived from this wonder-plant are known to treat a variety of both minor and severe medical conditions like arthritis, anxiety, digestive disorders, certain cancers, epilepsy, and many types of diseases.

Any study you look at in regard to cannabis consumption and mortality will result in the same answer. Total risk of death associated with the consumption of cannabis: Zero. None.

There are a few ways weed is more dangerous than alcohol and could potentially kill you:


Or, my personal favorite: a giant crate of weed falls on you, smooshing you to death.

Have you ever heard of a miracle vodka that cures seizures in small children and quite literally gives them their life back? I didn’t think so. According to numbers, doctors, and researchers, alcohol sneaks its way into your life and puts you at risk of dying in many forms and fashions.

While alcohol causes cancer, cannabinoids in cannabis like CBD are curing it, or at least decreasing the painful symptoms. Alcohol causes bad skin and breakouts, while cannabinoids are showing promising therapeutic benefits in aspects of dermatology.

I hope you understand that there is really no comparing the two substances. Okay, yes, people recreationally enjoy both, that’s where the similarities stop. Pick your poison. The old saying is true. What you choose to indulge in will affect your body on a cellular level. You are what you consume. Are you deterioration? Or are you rejuvenation? 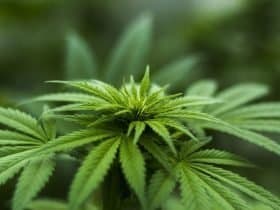 PMS: Irritable to Tolerable with Cannabis